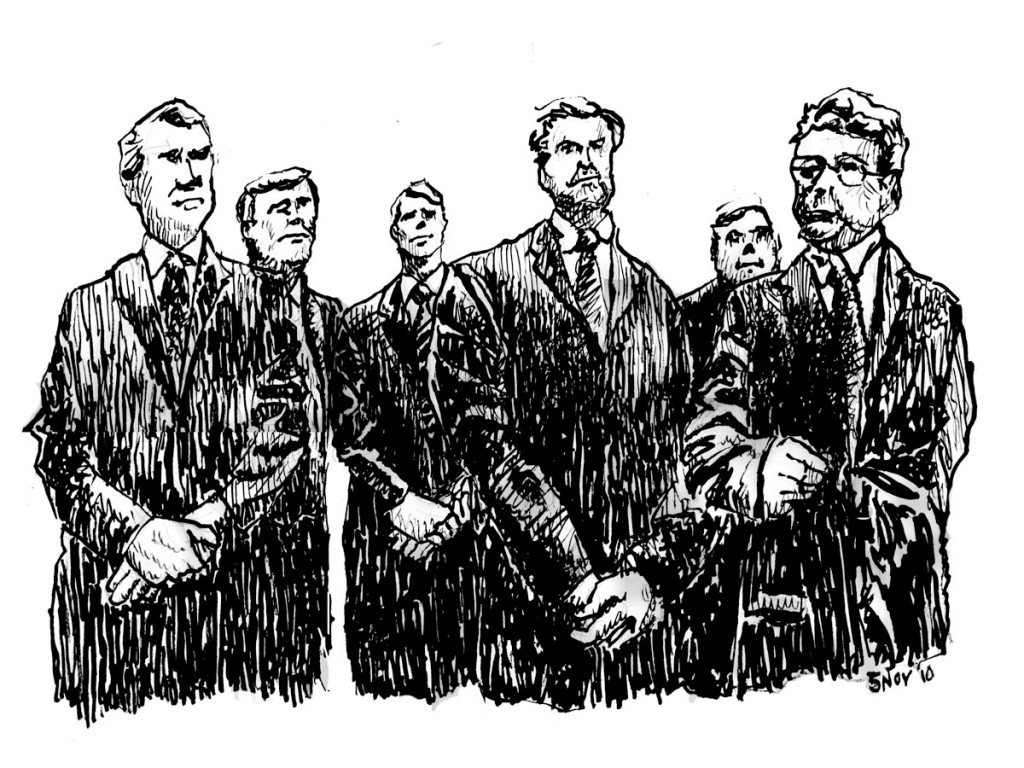 Mark Lerer simultaneously inhabits the worlds of cartooning, illustration, and fine art. He holds an M.F.A. from the New York Academy of Art and has exhibited his drawings at New York City’s Nexus Gallery, Broome Street Gallery, Lincoln Center, and New Century Artists, where he showed for ten years as a member of the legendary New Expressions group.

Lerer has assistant-edited Marvel Age, the Marvel Comics promotional fanzine, curated exhibits at the Museum of Comic and Cartoon Art, and his cartoon illustrations defined the look of the Careers Page feature in the New York Post from 1996 to 1998. He has been delighting his Facebook friends with the adventures of The Little General (based on a concept by writer Andrew Coe). He lives in Jersey City.