The Little General is an eighteen-month-old baby involved in all sorts of political and military activity. He’s really a very nice boy, but like all babies, he does get cranky from time to time. I regularly post cartoons about him on Facebook and have self-published a mini-comic about him, and he’ll be starring in his own graphic novel later this year. The Little General character is based on a concept by Andrew Coe. 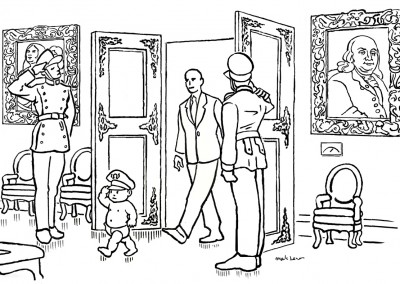 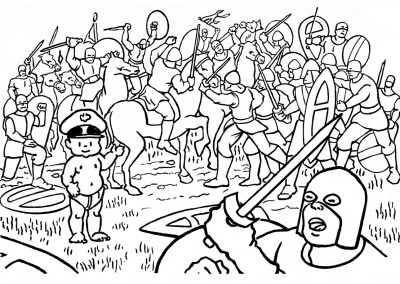 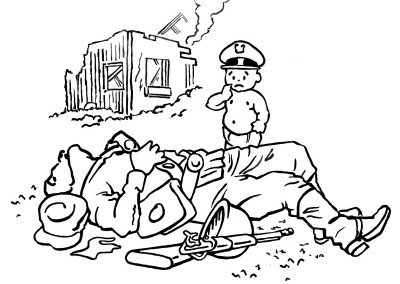 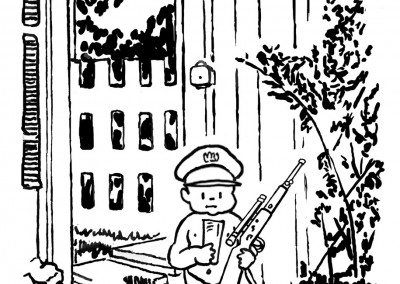 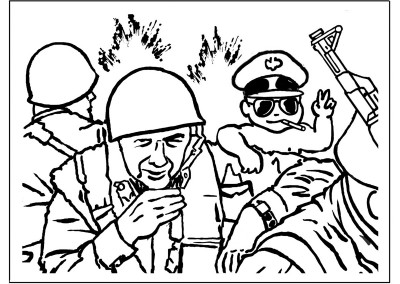 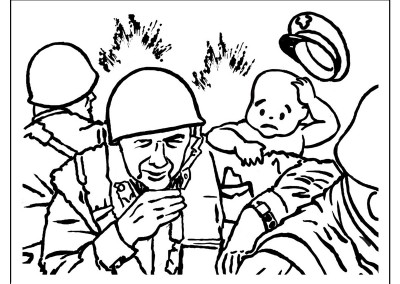